To add RGB underglow to your board, you'll need the following parts:

When connecting VCC and GND from the PCB to the strip, any of the VCC and GND pads can be used on the strip, it doesn't have to be at the beginning or the end.

There are two methods for wiring in RGB strips. The older way is to wire the strips of each half as a single chain. The issue with this is that the RGB strips with only work when the USB cable is plugged into the half wired up as master, as only the controller on the master half controls the RGB strips on both halves.

The newer method is to wire both halves the same way. This way, the controller on each half controls its own RGB strip. This is the recommended way to add RGB.

Wiring for both halves:

The Extra Data pad on the PCB and Dout/Do pin on the RGB strip are unused for this method. 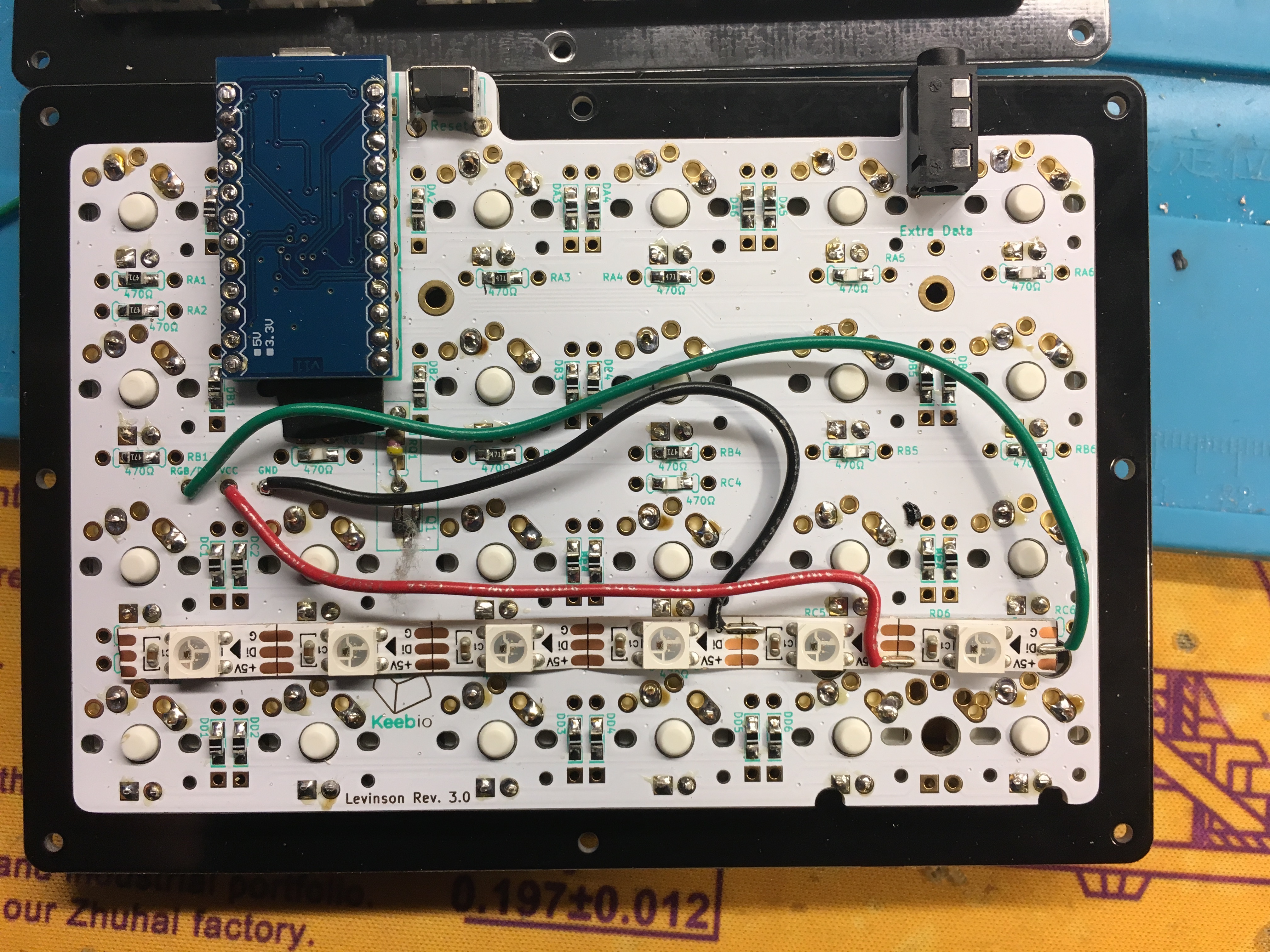 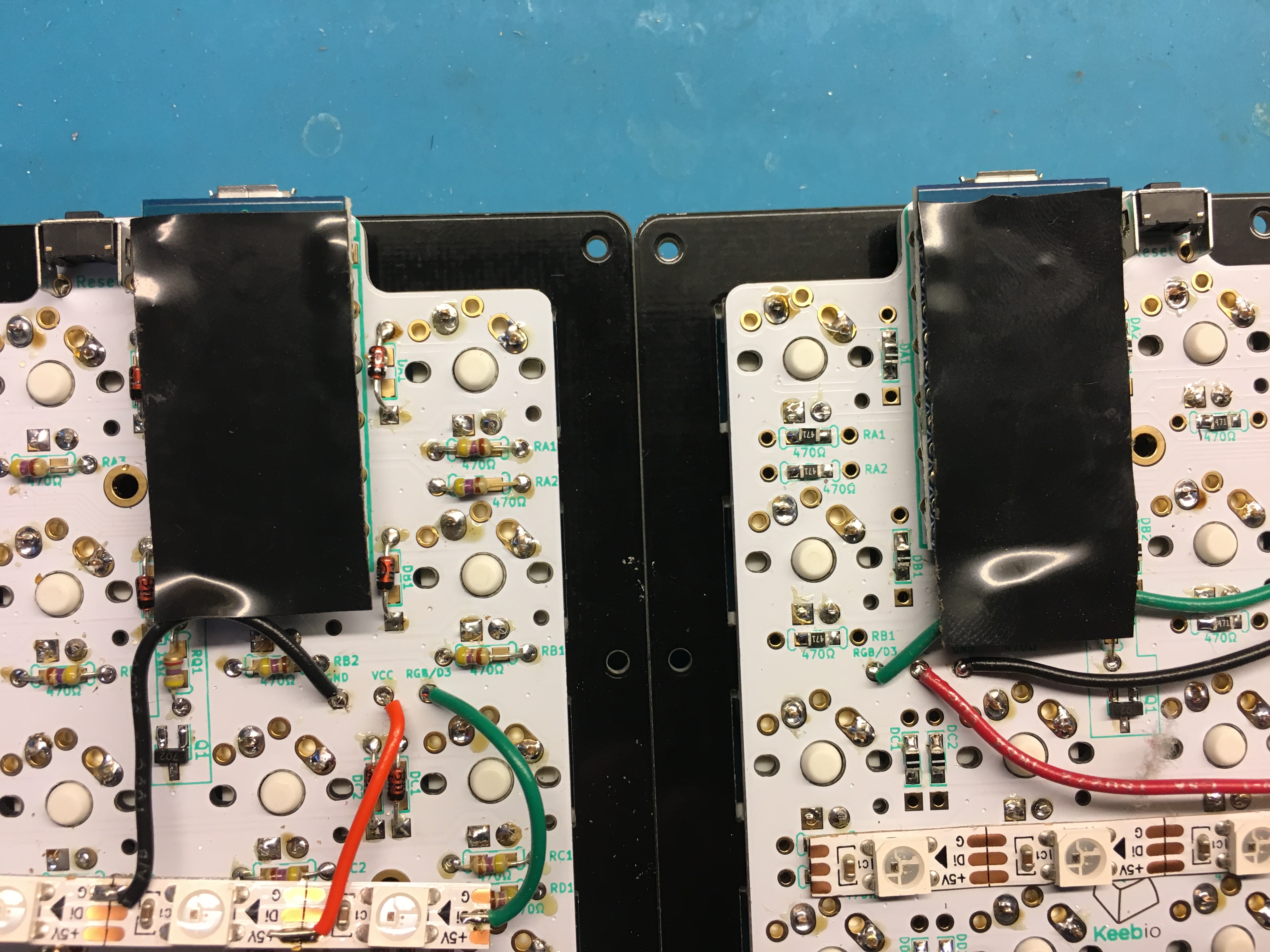 For the newer method of wiring, the RGBLED_SPLIT option needs to be used. Currently, it is the default option for Keebio Pro Micro-based split keyboards, so you will not need to add it in manually in your keymap's config.h file, as it's present in the keyboard's config.h file. 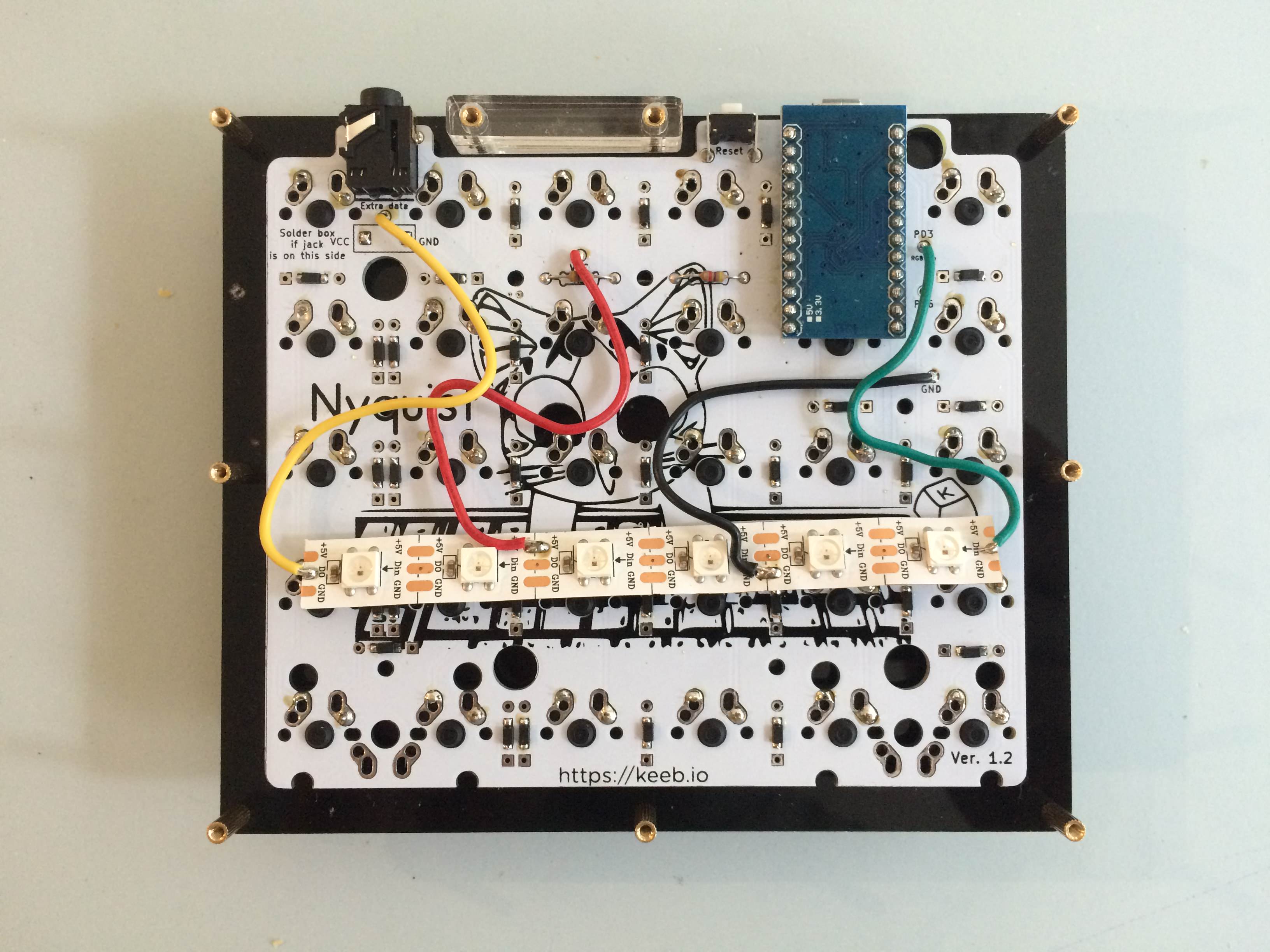 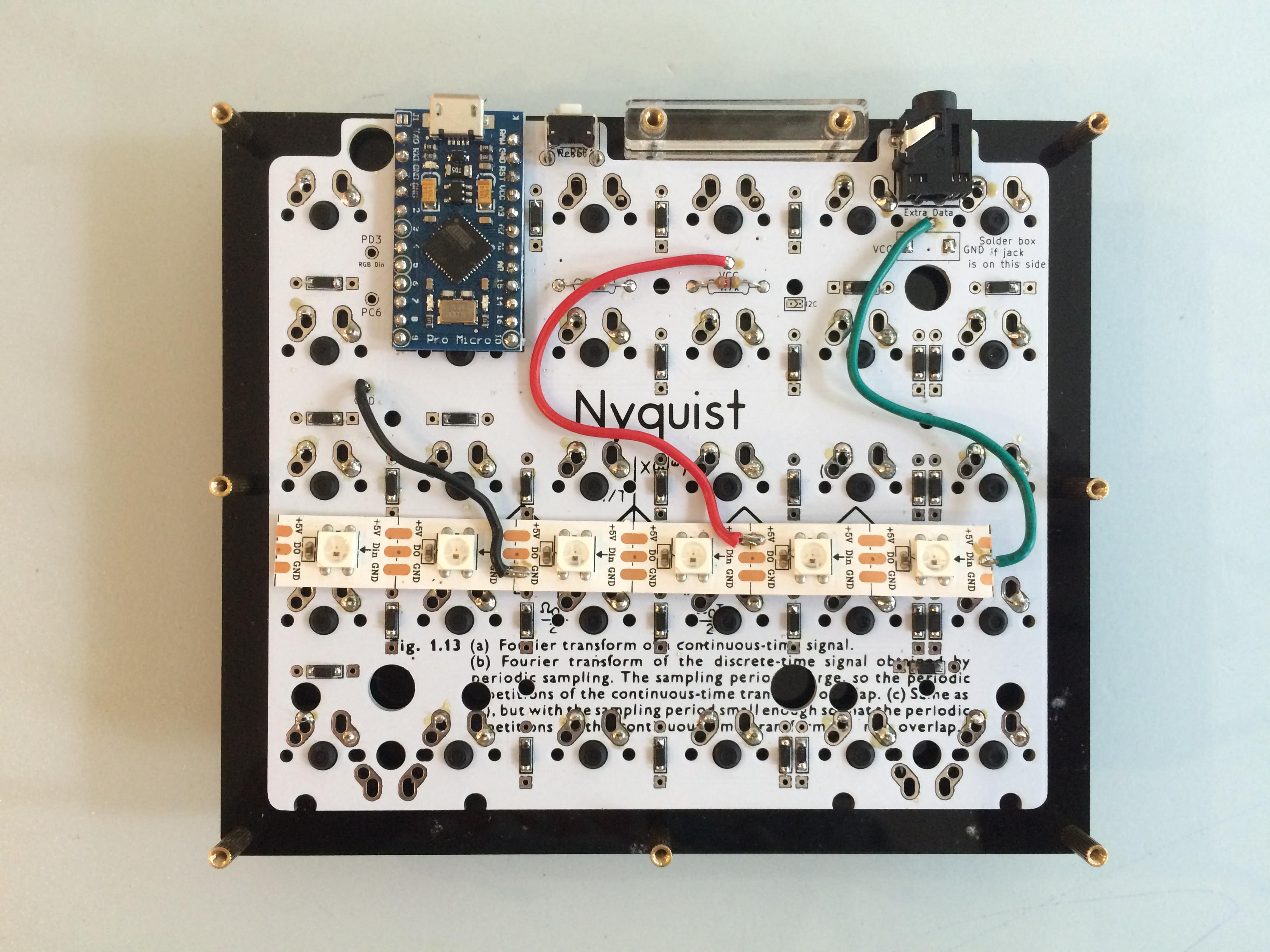 For the older method of wiring, make sure the RGBLED_NUM setting in config.h matches the total number of RGB LEDs you are using. If it does not match, then you'll need to add the following lines to your keymap's config.h file (change the number below accordingly):